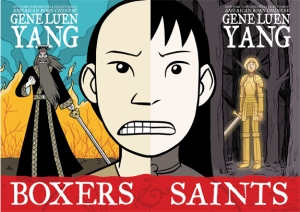 Gene Luen Yang began drawing comic books in the fifth grade. He was an established figure in the indie comics scene when he published his first book with First Second, American Born Chinese, which is now in print in over ten languages. American Born Chinese’s critical and commercial success, along with its status as a National Book Award finalist and winner of the Printz Award, catapulted Yang into stardom as a major voice of our times.. A book sale and signing follows this event.